Starcraft and the micromanagement hell 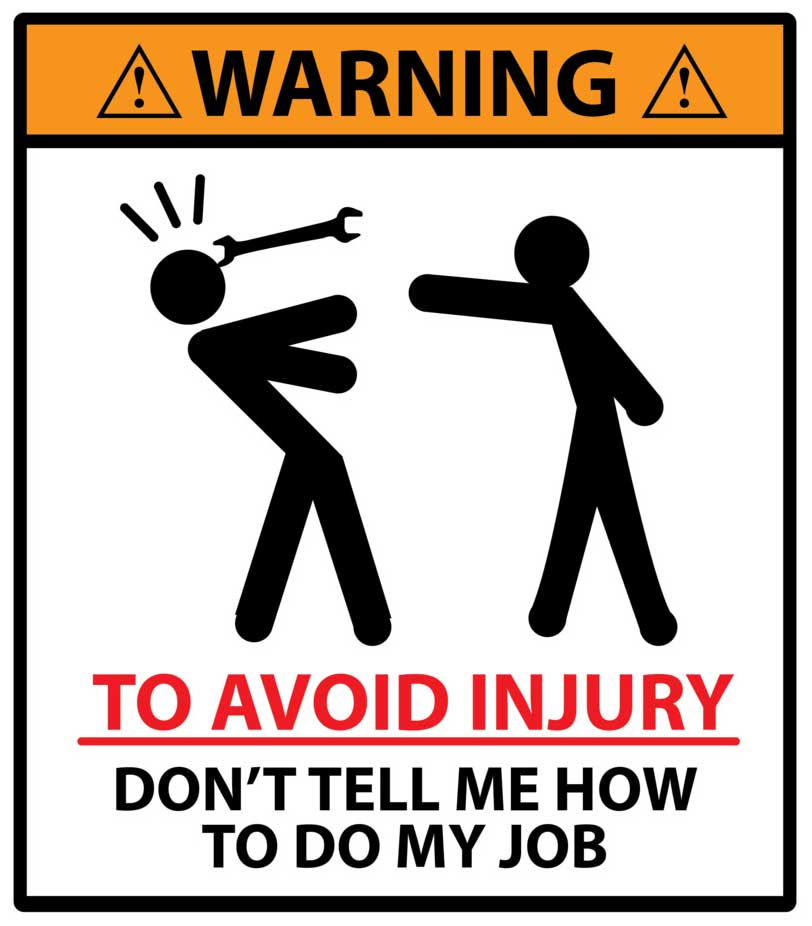 I always found video games entertaining if dumbed-down and often unrealistic simulations of our fantasies but also of reality. Despite their shortcomings it often amazes me what we can learn from them. Take Starcraft, for example. In order to win in this probably most popular strategy video game of all times, the players must master micromanagement to perfection. They need to control their units and resources at a crazy pace (sample here) and outsmart, outmanage and outclick their opponents.

The units the players control, the mindless minions that they are, carry out orders without question. However, if you were to replace those with actual humans your process would probably break at the first click. That’s because those pesky people do not share all those great qualities of your digital servants. They have personalities, expectations, demands and even sometimes tend to think for themselves.

As reasonable people do, we would all think that armed with this knowledge managers would avoid this starcraftian type of management, right? Wrong. In fact it sometimes even looks like they are trying to match the APM (actions per minute) of those Starcraft savants and taking pride in it. By doing so they create their own little hell for every subordinate and surely drive any competent employee insane. Maybe it’s not as bad as the biblical one because one can resign from it. But let’s not fire ourselves just yet! Completely unrelated to ‘Dante’s Inferno’, let me guide you through this realm of the damned and help you turn it into something much better. Or at least, turn the temperature down a little.

I often wondered where the demonic practice of micromanagement comes from and why is it so widespread. I mean, it creates trust issues and can destroy it completely. On top of that it makes the workflow counter-productive but excels at creating resentment. Why would anyone do it? I found out that if we reject the hypothesis that all managers enter our world through some extra-dimensional hellish portal then it all comes down to security and trust.

Being in a leadership/management role puts a lot of pressure on people and rightfully so. As I stress all the time, being a leader is a very demanding job. That being said, many (even confident) managers operate under the impression that they have failed if they say “I don’t know” or are unable to state your exact GPS position at any time. When asked, “what’s around that corner?” they do not feel comfortable saying: “I have no idea but I have people working for me who do”. We are terrified of failure and embarrassment so we go to extreme and ridiculous lengths to avoid it.

In effect a popular mindset forms – in order to control the outcome one must control every atom of the process. This is not true. For example, it can be demonstrated by artificial intelligence algorithms, where you can control the spectacular outcomes by manipulating only a few simple levers. You just setup the rules once, let it flow and boom! – instant cat picture recognition.

Trying to maintain full control in order to avoid failure can actually cause it. This can happen in many ways but to name one – interfering in and disrupting the team’s daily operations by trying to push all of the damned buttons. It’s a vicious circle that goes like this: ‘We can’t fail’ — ‘I need to have more control’ — ‘My process is failing’ — ‘We can’t fail’, and so on. So this one goes out to all of the control freaks out there:

Step back. You have experts working for you. It’s their job to know. Don’t control them. Lead them.

Which brings us to the second issue. The problem with experts is that they sometimes aren’t. Maybe they’re very junior, they weaseled through the recruitment process or somehow managed to maintain the appearance of expertise. Should you leave these people on their own, they’ll probably mess things up for everybody. You can’t really trust them. What now? “Well, since they can’t be left unattended they need to be (micro)managed”, is what I hear most people say. “Really? You have too much time on your hands?”, is my brilliant riposte.

Babysitting these disappointing hires is not the manager’s job. What then? There’s always the option to fire them. However, in some cases half of an expert is better than none. Besides, you’d have to go through the recruitment process again and nobody wants that. Instead assign the delinquent to an experienced and skilled team member. Give them some time to catch up and be sure to provide some incentive to the babysitters so that they don’t take this as punishment. If this doesn’t help then fire away!

There, I said it. Just in case it wasn’t obvious so far. I’m yet to be convinced that anything good can come from this practice. Employees will resent their managers for sticking their fingers where they don’t belong. Managers will shorten their lifespans significantly, trying to keep their fingers on every little detail. They’ll pull their hair out trying to understand what is the source of resistance to their “perfectly structured” management style. They’ll readily come up with justifications like these because the micromanagers often don’t know what they are.

But wait, it gets worse. Micromanagement almost always goes hand in hand with the need-to-know basis (we’re killing it here). “I know all the things that need to be known about this so you don’t have to. Just do as I say.” That’s an excellent way to make people hate their jobs.

Sometimes it’s intentional though. Shrewd managers, who want to get rid of employees can apply micromanagement as a weapon. It’s makes the targets miserable and forces them to resign. Basically micromanages them to death. That’s borderline psycho if you ask me. But let’s put the Dexters and the Hannibals aside.

If we ever want to escape this hellish micromanagement landscape we need to apply some leadership voodoo. So get your dolls out start sticking them.

Handling µ-managers is a bit like handling alcoholics. They must first acknowledge that they have a problem. As it happens in both cases, they’ll probably be the last ones to know. This calls for an intervention. Have a team sit down with your manager, pass on the talking pillow and share. You must voice the problem and make it known. Remember that ignored problems rarely solve themselves. Instead we just learn to live with them.

The similarities with alcoholics don’t end there. As with the compulsive drinkers you can’t go cold turkey. So why not start small? Put forward the following proposition: “Hey Mr. Manager, sir, let’s make an experiment and solve the next task without your involvement. Let it be a small task that we do as our experience tells us. We report at the beginning, the end and maybe in the middle. Let’s see if this work for all of us.” Magic should start happening at this point. Granted, it may require a few tries but once you succeed with the small tasks move on to larger ones. There’s very little to lose here and a lot to gain. It’s also a perfect example of leading from below (which we’ve exhausted here).

Once your managers progress you can start handing out sobriety coins. Make them stand up and to the tears and applause of everyone listening say: “It’s been two sprints since I’ve micromanaged.”

So there, I solved the problem of micromanagement once and for all. I hope never to see it again. In case it should return again be sure to be prepared. You can do so by joining us on the WARBAND workshops where we teach you how not to micromanage, with the help of bullets.